Just one day after it was announced that Carrie Fisher died, her famous mother, Debbie Reynolds died of a stroke, apparently brought on while making funeral arrangements.

They were so close, but so different and they had their ups and downs, but in their final years they were inseparable. They even filmed a documentary for HBO. 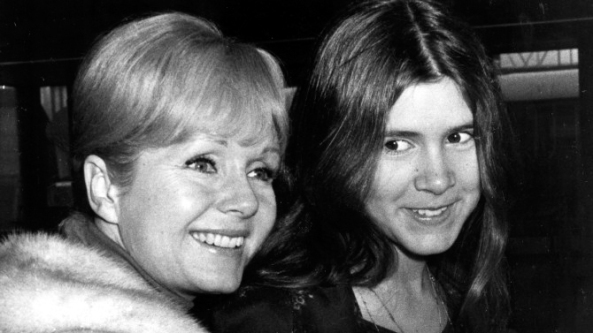 Bright Lights: Starring Debbie Reynolds and Carrie Fisher is a documentary about the extraordinary bond that they formed over six decades in the glare of showbiz’s spotlight. The documentary screened in October at the New York Film Festival also screened in Cannes.

The movie shows the close and volatile relationship that mother and daughter maintained through their personal and professional ups and downs. Fisher talks candidly about her battles with mental illness.

HBO has not yet scheduled the documentary for showing.

Voices In His Head

Recognized as Blog Of The Year! (unfortunately, it was given the year 1910, the start of the Great Depression)